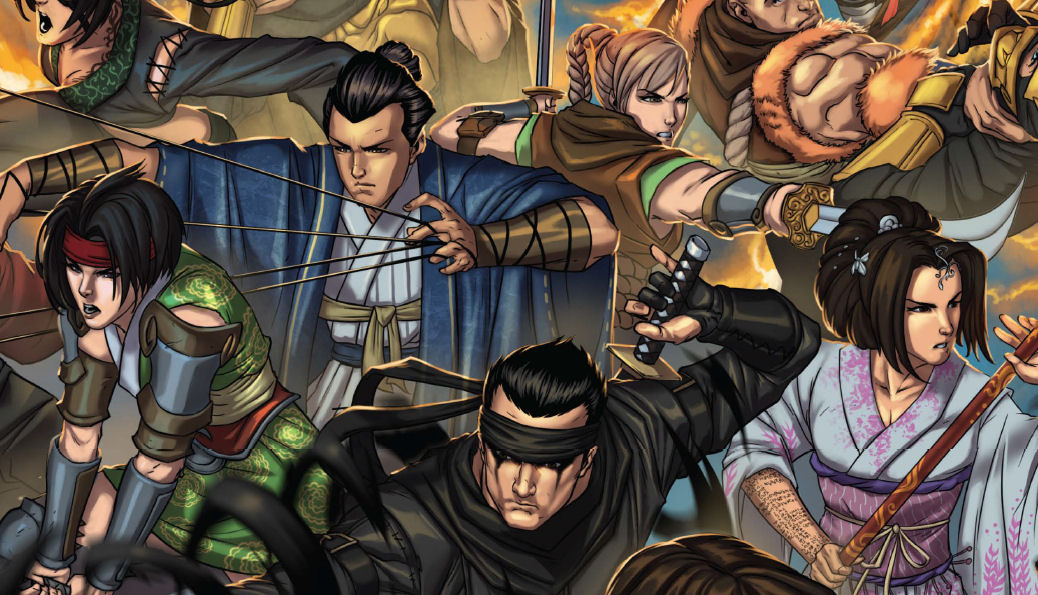 Two years ago, the Emperor launched his Crusade against the Ninja. “Let none of these murderers remain alive in the land of Izō”.

For two years the clans, which used to fight relentlessly among themselves, have had to form a common front to survive. Are you ready to fight side by side with someone you used to consider your worst enemy? Then you are going to prevail, because you are not simple murderers as the Emperor says.

The Ninja Crusade, second edition, is a roleplaying game of honour and frenzied action written by Eloy Lasanta and friends in 2016, which received the ENnie Award Judges Spotlight at GenCon 2017. Alephtar Games is going to translate this fantastic game into FRENCH and ITALIAN to complement its line of localised RPGs by independent authors which includes already the extremely successful “Cats of Catthulhu” RPG.